OUR LAMINATED GLASS SOLUTIONS FOR RAILWAY 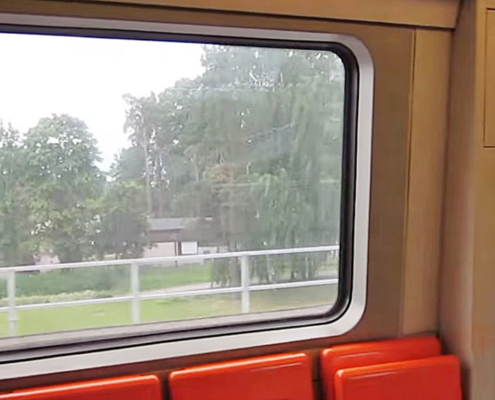 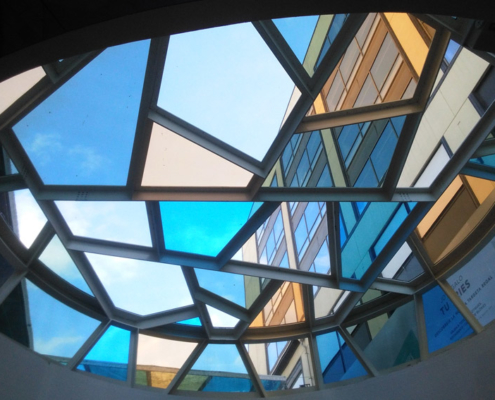 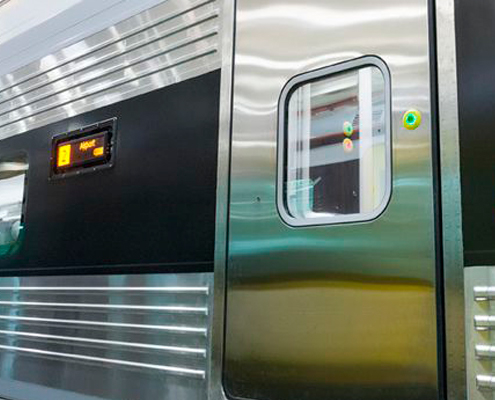 CHARACTERISTICS OF THE LAMINATED GLASS

Laminated glass is a type safety glass. It is made by bonding two or more panes of regular, annealed glass using one or several interlayers of a plastic called polyvinyl butyral (PVB). Laminated glass interlayers can also be made using other plastics, such as ethylene-vinyl acetate (EVA), or ionoplast Sentryglas, a plastic that is more rigid than PVB. There are also PVB interlayers with special properties, such as acoustic PVB, coloured PVB, rigid PVB and solar control PVB.